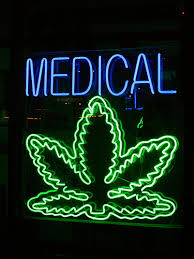 Marijuana is the most commonly used illicit substance in the United States. Also known by its sometimes clever monikers of pot, weed, Ganja, Mary Jane, dope, herb, grass, chronic, cannibus, and hundreds of others.

This substance is not exactly new on the scene. Marijuana was even mentioned in the Old Testament as 'Kaneh-Bosem'. However, it remains controversial to this day.

THC (Tetrahydrocannabinol) is the active chemical responsible for most of marijuana's effects, such as the euphoria you experience. THC is very similar to anandamide, a cannabinoid naturally produced in the human brain that regulates sleep, memory, appetite and our moods.

There is an ongoing discussion regarding the legalization of medical marijuana and the potential broad spectrum legalization of all marijuana. Marijuana is considered a Schedule I Drug. Schedule I denotes a drug that has 'no currently accepted medical use and a high potential for abuse.' This strangely classifies marijuana in the same group as heroin, ecstasy and LSD; however, it may come as a surprise to some that cocaine and meth are classified as less serious, Schedule II drugs.

Given this classification, one would assume it's quite the deadly substance. You'd be surprised by some of the 'serious' side effects.


While many will argue that marijuana is not addictive, it has been proven to be psychologically addictive due to activating the same brain rewards regions as other commonly abused drugs. It's important to understand, however, that humans can become addicted to anything that gives us pleasure.


A side effect that may cause genuine concern, however, is memory and concentration impairment. This is not just a rumor or myth. There have been many studies that prove both short and long term memory problems. Some studies have been published which show that concentration returns to normal after 28 days to 1 year of abstaining from the use of the drug. Similar studies show that after 28 days memory returns to normal, also.

Let's face facts, though. The average person smoking/consuming pot is not only doing it once a month or once a year. They're unlikely to even take a week off most of the time.

Marijuana may also cause respiratory issues in consumers. Let's be honest, though, you're lighting something on fire and breathing it in to your lungs. When in a house fire, we're told to avoid smoke by crawling on the ground. In this situation, you're voluntarily breathing it in! There are many ways around this now through edibles and vapors.

In a quote from the American Medical Association, "Secondhand marijuana smoke contains many of the same toxins and carcinogens found in directly inhaled marijuana smoke, in similar amounts if not more."

Should we be overly concerned about the health issues associated with marijuana? Find out just how serious, or laughable, they are in my next post. In the meantime, enjoy the following quote as a teaser from former Surgeon General Jocelyn Elders, in a moment of comic genius:

"You can fatally overdose on alcohol, heroin or cocaine, but the only way a dose of marijuana will kill you is if someone crushed you under a bale of it."