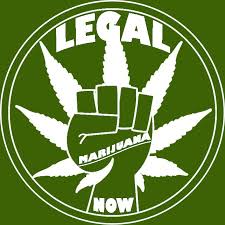 The question still stands: should we legalize marijuana or are the health risks too serious?

The vast majority of the health concerns surrounding marijuana are linked either to smoking in general or the consumption / smoking of marijuana by minors. With so many ways to partake in marijuana available today, it is easy to get by without smoking it; furthermore, to address the under age consumption, no one is asking that marijuana become legal to everyone. Much like tobacco, a consumer should be 18 years of age or older to consume marijuana.

As with all drugs, marijuana does not have the same effects on everyone. Individuals with anxiety, or consumers that are prone to panic attacks may see their symptoms drastically increased instead of experiencing the sense of calm one would expect.

An interesting fact to keep in mind is that over the course of a single year in the US, 500 deaths result from the use of aspirin while not a single case of marijuana overdose related death has occurred in recorded history.

Washington DC along with 23 other states have already legalized the use of medical marijuana to treat symtpoms of cancer, AIDS, arthritis, migraines, nausea, epilepsy, multiple sclerosis and other conditions. Of the doctors surveyed, a surprising 76% say they would prescribe marijuana for medicinal purposes.

Beyond marijuana's medical use, there is an absolutely immense amount of money that could come in, legally, to business owners coffers and those of the government.

Recreational marijuana stores sold a combined total of 56 tons of weed in the first six months of 2015 alone! Colorado is home to more than half a million pot plants throughout the average month of the year. The industry in Colorado has reached over a billion dollars a year!

In total, for the month of January 2016 alone, Colorado brought in almost 12.5 million dollars in tax and fee revenue from the sale of marijuana.

Now that Marijuana is a multi billion dollar industry, it is no longer safe to think of it as a hippy-run, small farm produced product. The purity and quality of the marijuana can matter a great deal regarding your health and its effects on you. Always be an educated consumer, no matter what you are purchasing.

We anticipate that the argument will continue on for quite some time, and of course 'further research is needed', but our official stance based on evidence to date: Legalize It!