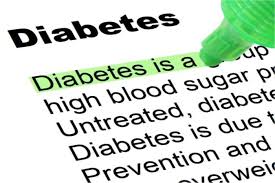 Diabetes is an increasingly prevalent and dangerous disease that can strike anyone at any moment. Being diagnosed with diabetes can very well be a life changing event as the disease leads to great physical, emotional and financial burdens for the individual diagnosed and their family.

Managing diabetes can also become a vast drain on your free time, though some new technologies in the medical industry have helped alleviate that particular burden.

In order to understand diabetes we have to comprehend the purpose of insulin in the human body.

Your body turns the food that you consume into sugars, commonly known as glucose. Once this process takes place, your pancreas should release something called insulin. Insulin serves the purpose of opening up the cells in your body so that they can absord glucose and allow you to use it for energy. Diabetes is when this process does not work properly.

Over the course of the past 10 years, the number of cases of diabetes diagnosed in the United States has increased by almost 50%. There are currently more than 29 million Americans that have been diagnosed and that number is greater than 380 million world-wide.

Current estimates show an increasing trend of diabetes diagnoses such that the World Health Organization believes that by 2030, the number of people with this disease will double.

The financial numbers behind diabetes are absolutely astounding. The annual cost in the US of treating, fighting and diagnosing diabetes is greater than $245 billion.

There are two major forms of diabetes, known as Type 1 and Type 2. Learn more about the similarities and differences between these two types in our next post.