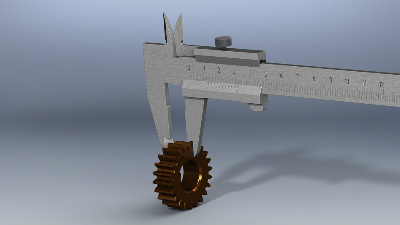 The discovery of CRISPR is perhaps the most exciting and controversial revelation in the history of science since Copernicus proposed that the Earth was not the center of the universe.

That is not an inflated statement. Once you learn the power of CRISPR and what it can mean for mankind, both good and potentially ill, you will agree.

What is CRISPR and why is it so controversial? Allow us to start with the basics.

CRISPR is an acronym for Clustered Regularly Interspaced Short Palindromic Repeats of DNA.

CRISPR itself was incidentally discovered as a naturally occurring process within bacteria in the 1980s; however, its potential functions and use have only been somewhat recently ascertained.

In order to understand this process, you must first realize that bacteria have immune systems much like human beings do. It is within these bacteria that CRISPR was discovered.

While studying the E. coli gene at Osaka University in 1987, Yoshizumi Ishino discovered a redundant, repeating sequence within the genetic code. It was not until 2006 when Eugene Koonin discerned that there was a noticeable pattern and viral DNA was always found between these repeats. Koonin then proposed that this CRISPR served as an immune defense mechanism that provided bacteria a 'memory' of what they should be attacking.

An analogy that may help you better understand this is to imagine that the insides of this bacteria are a Wild West town. This town has a sheriff (the immune system), door frames (the repeated sequence) and wanted posters with very precise representations of unwelcome individuals that should be shot on sight (virus DNA sequences) on the doors between those frames. This perfectly defined and specific representation of the 'bad guys' is the significance of CRISPR.

This is an automatic intelligent system that is built into bacteria which specifically copies genetic code from viruses and stores it within itself so that it knows what to kill on sight to stay healthy.

While this is absolutely fascinating in itself, it gets even better!

Scientists believe that they can utilize this natural mechanism to quickly, accurately and precisely modify the human, and any other, genome. It is believed, and has been proven, that we can employ this wanted poster concept to specifically target DNA that should be removed or replaced.

How does this process work and why is this an ethical quandry? Find out more in our next post!