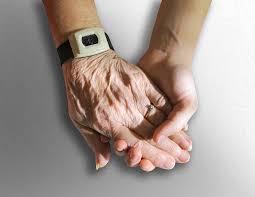 Researchers are exploring the theory that young blood could be the key to the fountain of youth. They do not believe by any means at this time that it could necessarily lead to eternal life; however, they do believe that it could have profound positive effects.

For decades, researchers have studied the effects of young blood on ageing in mice through a technique called parabiosis, in which an old mouse is sewn together with a younger one so that they share a circulatory system. This may sound like a draconian form of torture, but it is actually a legitimate scientific study.

Until recently, the rejuvenating properties of young blood had only been demonstrated in mouse-to-mouse transfers.

Researchers are now experimenting with human plasma taken from umbilical cords. Umbilical cords are often simply discarded after birth and are currently believed to be a potential gold mine for therapeutic uses. Think stem cells without all of the dirty ethical concerns and the screaming protesters.

It has been found that infusing human plasma into elderly mice improved their staimina and ability to navigate mazes, along with learning to avoid dangerous areas of their cages designed to deliver electrical shocks. It also appears to have generally increased learning and memory.

Upon dissecting the brains of these mice, researchers found genes being expressed in the hippocampus (the region of the brain associated with memory and learning) that cause neurons to form more connections in the brain. This did not happen in mice treated with blood from older human donors.

Many in the medical industry hope that a similar process performed in humans could lead to the reversing of degenerative, age-based illnesses such as Alzheimers. Nothing is conclusive as of yet; however, trials are currently under way to prove these same positive outcomes in humans.

Although it is largely considered to be premature by the medical industry, and these treatments are not FDA approved yet, you can try this out yourself -- for a price.

There is a start up company called Ambrosia in Monterey, California that you can pay $8,000 to have your veins pumped with blood plasma from teenagers and young adults.

In order to get around this lack of FDA approval, the owners of the company package it as a 'patient-funded trial'. This means that instead of flat out buying a product, you're buying into the privilege of being a part of this study.

The 'trial' has been mostly inconclusive as of yet, but 'patients' have reported, anecdotally, some positive side effects such as feeling healthy or looking younger.

Whether this ends up being a phenomenal new scientific breakthrough or just a new fad and scam to make some people a few million dollars, it certainly raises a great number of fascinating questions.