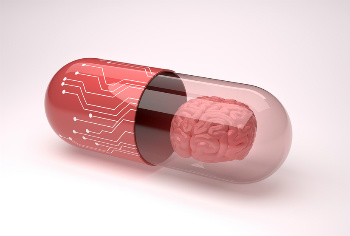 The end of 2017 provided us with a hallmark in the healthcare space. Medical researchers have been working on, and journalists have been writing about, the principle of monitoring pharmaceutical intake for well over a decade. Heading into 2018, however, the FDA has officially approved the first smart pill.

The cost of medical non-adherence, or patients not taking their prescribed medication, is estimated to be approximately $100 billion dollars per year. There have been numerous studies showing that around 25% of prescriptions themselves are never filled and roughly 50% of medications taken for disease are not taken as directed.

This new smart pill, known as Abilify MyCite, could assist in greatly cutting those staggering numbers back.

Within the smart pill is a small monitoring device that is completely ingestible. The sensor within the mechanism is activated when it comes into contact with stomach fluid. When the sensor is activated, it sends a notification that the consumer has ingested the pill to a wearable sensor device which then forwards that information to an app on a smart phone.

It is at this point that your doctor has the ability to use a web application to access and monitor your adherence to their requests.

While the FDA has given approval to this new smart device for consumption, they have stated within their approval that the device has not been proven to improve patient compliance. Even though your doctor knows you have not taken your medication, they still can not force you to take it -- or can they?

This brings us to the most interesting ethical dilemma regarding this newly approved monitoring system.

Is it ethical to force patients to take medication against their will?

We do hold very fast to our concept of individual freedom in general and this may be perceived as a gross invasion of personal privacy and liberty. In a healthcare industry where approximately 20% of patients are initially misdiagnosed this could even be quite dangerous.

The legal applications become quite puzzling as well. According to modern statutes and legal precedent, courts are allowed to use the ingestion of pharmaceuticals as a bargaining chip when delivering a verdict. In some situations a court will avoid giving a defendant jail time, or provide a shorter sentence, or allow an individual child custody based upon the defendant agreeing to consume medication.

This could theoretically provide courts with a way to rescind this offer, or at the very least verify compliance to court demands. It may even be considered a violation of probation if the offender fails to take their medication.

The initial drug (Abilify) that is being used as the test, ironically enough, is used to treat schizophrenia. Schizophrenia is often accompanied by symptoms of extreme paranoia and anxiety. Individuals that are already suffering from a horrible fear of being monitored may not be the best test subjects out of the gate.

Whether this will be a net gain or a net loss is yet to be determined as the widespread manufacture is not quite going to be accomplished until some time in 2018.