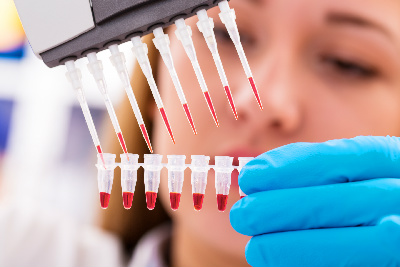 Generally speaking, stem cells can be used to repair damaged tissue, treat and further understand disease and for future drug discovery. They are able to be utilized with this intent because they belong to a special group of cells that are dynamic and capable of differentiation. This means that they can transform into any of the more than 200 different cell types found in the human body.

A helpful visual is to think of these cells as Play-Doh(™) in the old fashioned plastic containers. It is a malleable material with no distinct, guaranteed form it will take; rather, you can basically turn it into any end product that you'd like.

However, once you turn it into a particular shape and leave that shape out, it begins to harden and solidify and becomes the final product.

Throughout life various types of stem cells give rise to specialized (differentiated) cells that perform particular functions in the body, such as blood, muscle, nerve and skin cells. As our bodies develop cells generally become less pliable and more restrictive.

Although humans do not have the capability to regrow appendages like starfish or lizards, we do have regenerative abilities. An example of this is how our skin, blood and other tissues continuously regenerate, thanks mostly to stem cells.

How long have scientists understood this process?

The original discovery of stem cells occurred in the 1950s incidentally, as most of science's greatest discoveries do. It was discovered through the process of bone marrow transplants, which are still widely used in modern medicine for regenerative purposes.

The team knew they successfully isolated stem cells due to the cells' ability to remain unspecialized for long periods of time and maintain the ability to transform into a variety of specialized cells types as previously theorized, including gut, muscle, cartilage, bone and nerve cells.

Early studies of human development demonstrated to scientists that cells from an embryo were capable of producing every cell in the human body; however, it was not until much later that scientists realized adult stem cells also existed.

Adult stem cells are hidden deep within organs and surrounded by millions of ordinary cells. These are already semi-specialized but they are theorized to be what helps replenish some of the body's cells when needed. As an example of this semi-specialization, blood stem cells are only capable of transforming into various types of blood cells.

Scientists believe that there may be a vast array of adult stem cells yet to be discovered but they are very difficult to find.

Despite the discovery of semi-specialization, adult stem cells might be more flexible than previously thought. Experiments have suggested that blood stem cells in mice may also be able to produce skin, muscle and liver cells but the results are not yet thoroughly proven.

Generally speaking, however, embryonic stem cells are much easier to collect, purify and maintain, which leads to a vast number of ethical quandaries which will be addressed later.