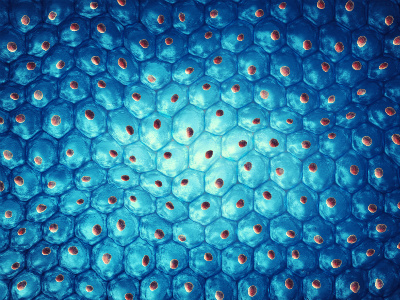 Now that we've established a baseline understanding of stem cells it's time to dig a bit deeper into this remarkably complicated and controversial topic.

While adult stem cells are used and experimented with widely, it is much simpler to work with embryonic stem cells (ESC). As we will discuss later, the preparation of embryonic stem cells is widely viewed as the destruction of a potential life. Embryo is a tricky term as it generally refers to all the stages of development from fertilization until an ill-defined stage when it is then considered a fetus.

These ESC are collected from a small group of cells in a five day embryo called the inner cell mass, that theoretically, under normal circumstances, would go on to form an entire living organism. This material that they use to extract stem cells is commonly known as a blastocyst.

A blastocyst is a pre-implantation embryo that develops less than a week (5 days) after the fertilization of an egg by a sperm. This blastocyst contains all of the material required to develop a complete human being.

The blastocyst could most easily be visualized as a hollow sphere of cells smaller than the period at the end of this sentence. It's cell mass is composed of 30-34 cells that are considered to be pluripotent due to their ability to differentiate into all of the 200 cell types in the body.

In traditional development the blastocyst would implant itself in the wall of the uterus to become an embryo and continue developing into a fetus.

Scientists intervene in this process by placing these cells into a culture dish with a nutrient rich liquid allowing it to generate embryonic stem cells. This process is known as cell culture, which is generally the growth and maintenance of cells in a controlled environment outside of an organism.

Cell culture is the first step in generating genetically identical cells which is extremely important in providing a long term, reliable supply of multiplying cells for use by scientists in research and development. Unfortunately, this is an extremely difficult process as over time all cultured cell lines naturally begin to develop harmful genetic mutations.

A common source for the manufacture of blastocyst is In Vitro Fertilization which is used for reproductive purposes. In this process doctors traditionally fertilize all of the donated eggs in order to maximize the probability of producing a viable blastocyst that can then be implanted into the womb. Since not all of the fertilized eggs are implanted, this results in a large bank of excess blastocysts that are currently stored in freezers throughout the country.

Once scientists complete this very complicated first couple of steps and they successfully develop a reliable stem cell line their next step is to begin the various processes that cause stem cells to differentiate into specific cell types.

This is accomplish through many different methods depending upon the intended cell type; however, many of these methods currently require more fine tuning and this portion of the process is still very much in development.

If undifferentiated, or non-specialized, stem cells are introduced into the human body there is a likelihood that they will cause a teratoma tumor. Successfully specialized and semi-specialized cells are unlikely to cause these tumors which makes monitoring this process of the utmost importance.

Generally speaking in modern science, despite all of the efforts going into these many processes, these stem cells are predominantly still being tested in clinical trials or simply being used to understand disease processes and for drug discovery. This is primarily due to two reasons: this is a relatively new and extremely complicated scientific process and there are large numbers of people and special interest groups that completely disagree with stem cell research and try their best to stop it from moving forward.