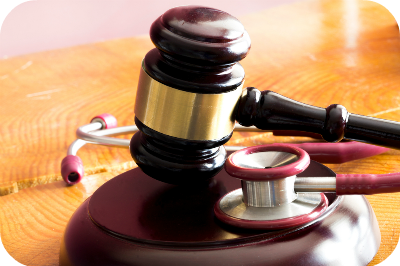 Stem cell research is possibly the most controversial topic in the medical sciences, taking the second place spot arguably to human cloning which is legally banned.

There are many special interest groups and organizations, from religious groups to general science ethics organizations that believe the process of stem cell research is unethical due to the perceived cost of human life. There are even billboards up in some towns that argue against stem cell research. Beyond the human dilemma this research runs into the same issues of stigma as most scientific processes as well.

The majority of current studies in the stem cell field are performed on small animals such as mice, which is a very common practice in modern medical science. Scientists can not experiment directly on human beings, some would say for obvious reasons. Experimenting on animals raises its own ethical quandaries and certain organizations are particularly upset about scientists mixing human and animal cells.

Then there is the combination of the two previous issues as well. The practice of putting human DNA or tissue into a non-human specimen creates what is called a 'chimera'. A chimera is any animal, including human, that has cells or tissues from another species present within it. While this is widely perceived as being starkly unethical, if you have received blood or an organ transplant havested from a pig, which is quite common, you are actually considered to be a chimera yourself.

Scientists are attempting to combat and work around the ethical concerns in the field of stem cell research in any way they can. An example of this is by collecting cells from the morula, which is a stage prior to the blastocyst in embryonic development. It is commonly held that the morula can sustain the loss of a few cells without developmental damage. Unfortunately the long term effects of removing cells from the morula are yet to be finitely proven, so this may be just as objectionable to some.

Scientists are also experimenting with the creation of embryonic cells through a process called altered nuclear transfer (ANT). In this process scientists create a blastocyst that would never have the ability to develop into an embryo, but can still be used as a source for stem cells. This would remove the 'human' factor of the ethical question, as the blastocyst could never potentially develop into a human.

Another potential solution is still in its infancy stage of development. Scientists are currently attempting to cause adult cells to act more like embryonic cells. Naturally, as cells age, they lose their versatility and become increasingly specialized. They are attempting to 'reprogram' adult stem cells so that they can turn on the genes that allow them to be more dynamic, and more like embryonic stem cells, resulting in a more flexible state.

In theory, it is possible that scientists may one day be able to 'reprogram' any cell in the human body to be more versatile; however, as previously stated, this is very much at the beginning of its development.

More than 90% of the work involving stem cells is markedly not controversial. This includes the therapies that are legitimately administered every day as well as most of the research work being done in many parts of the world.

However, there is no guarantee that organizations will be less upset about any of these solutions and workarounds, and they tend to completely ignore the processes in stem cell research that are arguably not unethical by any means. As always, we are left juggling our human principles of ethics and the value of progress.