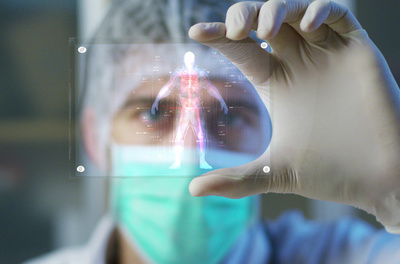 Presently, only a few different diseases are treated through the use of stem cell research; however, scientists are extremely optimistic that this process can be utilized in treating a vast array of human disease and disability.

This could even result in scientists being able to cure ailments currently thought to be incurable, as many major diseases are the result of losing a single type of cell or tissue which could be restored or repaired with stem cells.

As an example, Type 1 diabetes is the result of losing insulin producing cells within the human pancreas. If scientists could re-grow the missing or damaged cells within victims of juvenile diabetes, they could theoretically eliminate the disease in its entirety.

The obvious question is, "Is stem cell research really as promising as it sounds, and are the potential cures truly realistic?"

The short and surprising answer is, "YES!".

In continuation of our previous example, the idea of a cure for type 1 diabetes is very much a possibility. In 2002, pancreatic cells from mouse embryonic stem cells completely cured cases of diabetes in mice.

The use of stem cells is further exemplified in current treatments that use blood stem cells. Blood stem cells are responsible for replenishing all of your blood cell types and have been used to treat patients with diseases including sickle cell anemia, leukemia, bone marrow damage and immunodeficiencies. Prior to the utilization of these blood stem cells, people had to undergo extremely risky and painful bone marrow transplants which could result in a literal war within their body as their immune system attacked these foreign bodies, along with attacking all of the patients' own organs.

Stem cells are also currently used to replace skin in major burn injuries and to heal chronic wounds through the use of grafts. Prior to the utilization of stem cells, doctors would have to remove skin from other parts of the victim's body and place it on top of the burned area. Now, as crazy as it sounds, doctors can grow vast sheets of new, healthy skin by culturing stem cells from small pieces of healthy skin. Although this may sound futuristic, this is actually a routine medical treatment.

A wide range of other potential uses are being tested but at this stage are considered to be experimental. These include treatment for heart disease, cerebral palsy, Alzheimer's and Parkinson's diseases, diabetes and spinal cord injury.

The unfortunate shortcoming is the delayed ability to research and develop as these studies are both high targets to shut down for ethicists and extremely lengthy processes to begin with.

In an effort to avoid at least the delay by ethicists, scientists have developed the ability to acquire stem cells from placenta and umbilical cords at birth. This could lead to a very interesting theme of saving the cells from your own placenta, or your child's umbilical cord, at birth for future health uses. This poses no risk to the mother or infant.

Another fascinating, yet very infrequently thought of, boon of stem cell research is using tissue developed and multiplied by stem cells as a target for researching new medical applications. This will functionally allow scientists to experiment on 'humans' (or at least a portion of) without having to risk the well being or health of a single living individual. This could be extremely helpful while trying to study disorders such as Alzheimer's and Parkinson's.

While the opportunities are not endless, they are certainly vast and extremely exciting.