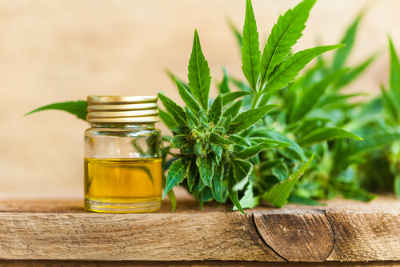 Medical cannabis is reputedly a modern marvel in the healthcare industry. MyHealthcareAuthority already has two posts on the topic; however, these previous posts focused on the illicit versions of the substance.

What is now taking the medical industry by storm is a perfectly legal substance called CBD (cannabidiol) that is derived from the cannabis plant.

What exactly is CBD and why is it so important, though? Also, how is it not illegal if it comes from the same plant?

The most important thing to understand about CBD is that it is not psychoactive or psychotropic, meaning you do not get 'high'. This is what allows it to be treated different from the marijuana plant (flowers) itself, with its THC. THC is the component found in the marijuana plant that actually gets you 'stoned' and that is, strictly speaking, the only portion that is illegal. THC is what drug tests attempt to find in the human body to alert employers that you have been ingesting marijuana.

CBD itself is perfectly legal because of this fact, and skirts around the marijuana prohibition.

What does CBD do that makes it considered by some to be a miracle drug?

It has a number of currently accepted uses by consumers, but a lot of the details are sketchy and still being ironed out and confirmed. However, CBD is currently used for a wide range of issues and concerns.

Ironically enough, despite the fact that marijuana is often associated with anxiety, depression and paranoia, CBD is used to eliminate, or at least decrease, those feelings. CBD is also commonly used to boost focus and productivity (another bit of irony), improve the immune system and is even used to treat seizure disorders in children and adults.

CBD oil is most commonly purchased as a pain remedy, however. These pain remedies come in the form of drops that you place under your tongue, topical creams to be applied directly to the spot that is in pain, capsules and even CBD pain patches much like you would see in nicotine addiction treatment.

Further preliminary research is beginning to show that CBD has its uses in treating Alzheimer's, cancer and Parkinson's disease as well.

Despite the plethora of products that are available to allegedly cure whatever ails you, the fact is that most of it is still waiting for scientific proof. On the other hand, there are a large numbers of consumers that have reported positive effects.

If you decide to go down this road, just be wary that there are a large number of CBD product companies utilizing different sources, methods of extraction and ways to produce their products. It is up to you as a consumer to determine which companies you trust in the end.