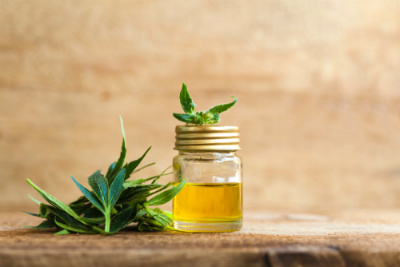 In our previous post we gave you a general idea of what CBD is, its legality, and in part how it could be beneficial to use for certain ailments. This is a newer form of treatment and we are not 100% sure of its benefits, however as we are all learning more and seeing the positive benefits from using CBD on a consistent basis, we learn that its effects are much more positive then say the alternative medicines issued by big pharma companies with side effects like cancer, aids and death.

Lets quickly cover the boring stuff. What is CBD and how does it work?

What is CBD oil?

CBD, is one of the 60+ naturally occurring cannabinoid compounds found in Cannabis of the Marijuana Plant. CBD oil is derived from an organic substance formed in the plant's secretions. CBD does not have any of the psychoactive effects that the more commonly compound THC has.

How does CBD work?

All cannabinoids, including CBD, attach themselves to certain receptors in the body to produce their effects.

CB1 receptors are found all around the body, but many of them are in the brain.

The CB1 receptors in the brain deal with coordination and movement, pain, emotions and mood, thinking, appetite, and memories, among others. THC attaches to these receptors.

CB2 receptors are more common in the immune system. They affect inflammation and pain.

It used to be thought that CBD acts on these CB2 receptors, but it appears now that CBD does not act on either receptor directly. Instead, it seems to influence the body to use more of its own cannabinoids.

People commonly use prescription or over-the-counter drugs to relieve pain and stiffness, including chronic pain.

Some people feel that CBD offers a more natural way to lower pain. A study published in the Journal of Experimental Medicine found that CBD significantly reduced chronic inflammation and pain in mice and rats.

The researchers suggest that the non-psychoactive compounds in marijuana, such as CBD, could be a new treatment for chronic pain as we are now seeing the positive effects that it is having on those that suffer from pain daily.

We are now starting to see a wider range of acceptance with CBD as several states are making cannnabis legal for both medicinal and recreational purposes. We are also seeing different sports leagues such as The Big 3 sports league that features athletes such as Amare Stoudemire, Baron Davis, Kenyon Martin and Nate Robinson that is allowing the use of CBD for products to manage pain. This is just the beginning and I believe that soon outdated mandates that prohibit people from benefiting from the benefits of CBD oil will be a thing of the past.

As time goes on I am confident that we will begin to see a broad acceptance of cannabinoid usage in the fight against pain.

Your can read about how others that have successfully used CBD to manage their pain and then try this FREE TRIAL for yourself. Click here.