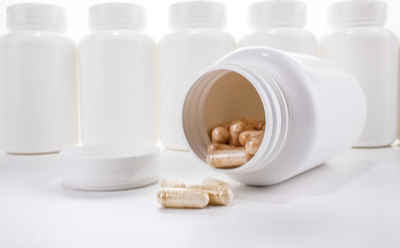 Purdue Pharma is responsible for the production of various pain management medications including vicodin, codeine, hydrocodone, fentanyl, hydromorphone and oxycodone. If you have never heard of any of these medications, count yourself extremely lucky.

Purdue Pharma was established in 1892 as the Purdue Frederick Company by John Purdue Gray and George Frederick Bingham. The company was sold in 1952 to Raymond and Mortimer Sackler, who are members of the family that still privately owns the company to this day. The sackler family has an estimated net worth of 13 billion dollars.

Oxycontin, a time-released opioid, was introduced in 1995 and serves as the launching pad for the exponentially sky rocketing wealth of Purdue Pharma. Arther Sackler utilized his premier marketing strategy that he had been perfecting for over a decade and aggressively influenced doctors to prescribe the drug. Some of his marketing practices included free trips to seminars and paid speaking engagements.

Oxycontin was marketed as 'smooth and sustained pain control all day and all night'. It was also specifically marketed as being less prone to abuse and addiction than similar pain management medications. There was no scientific evidence, and no studies were performed, to support these claims.

Purdue Pharma has reputedly spent over a billion dollars in marketing, including the funding of lobbyists and advocacy groups, to convince doctors that their claims of a safe and less addictive pain relief pill are true.

In addition to Perdue's personal marketing claims, the US Food and Drug Administration has continued to approve their scientific and medical information.

Given that these medications are derived from the same source as heroin, opium and morphine, it comes as no surprise that they are highly addictive and commonly abused. In 2003, the DEA (Drug Enforcement Administration) went so far as to state that Purdue's 'aggressive [marketing] methods' had 'very much exacerbated OxyContin's widespread abuse'.

Despite, or arguably because of, their widespread and loud claims of being safe, Purdue Pharma has been under the legal microscope since the early 2000s and even up until today.

It has been proven that prior to any investigations being underway, Purdue was well aware of OxyContin abuse. Over 100 company memos have been released from between 1997 and 1999 that unquestionably show a significant level of awareness.

In 2007, three high level executives at Perdue pleaded guilty to misbranding OxyContin, in terms of its risk of addiction and efficacy, and agreed to pay $634.5 million to resolve a U.S. Department of Justice investigation. It is important to note that none of the executives that were found guilty are members of the family that owns Perdue Pharma. This fine has not been paid and due to a loophole in the judicial process, it can be further negotiated down or set up on a payment plan at will.

While that does appear to be an extremely high price tag ($634.5 million), Perdue reportedly sold $1.74 billion of OxyContin in 2017, a year in which they increased their total annual earnings to $35 billion.

Purdue Pharma is currently being sued by 26 states, with New York being the most recent to join the charge. The states claim that they are responsible for the current opioid epidemic and are seeking restitution for damages and lost lives.

If you would like to read the actual filing, it can be found here.

Opioids, including prescription painkillers and heroin, played a role in a record 42,249 U.S. deaths in 2016, according to the U.S. Centers for Disease Control and Prevention.