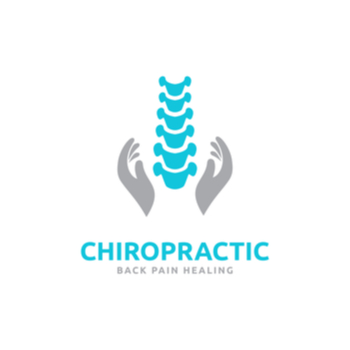 As previously discussed, the field of chiropractic medicine is quite divisive and even internally divided.

In 1966, a group of physicians cursed the profession, stating "In all the years that they have been talking about them, chiropractors have never been able to furnish proof of these mysterious subluxations which they alone are able to see. They may convince their clients, but never have they provided proof of their pretensions to men of science."

While this may appear to put a nail in the coffin on chiropractic medicine being a valid science, it's important to remember something we previously mentioned. There simply is not any money in studying subluxations, so studies are not done. This may very well be the single cause of the lack of proof.

The internal controversy among chiropractors themselves is highly relevant to the consumer, however. The profession is divided between chiropractors who still embrace the subluxation hypothesis (known as 'straight' chiropractors) and those who choose to limit their expertise and therapy to musculoskeletal health, especially spinal care (known as 'mixers').

Even if the original idea of subluxation as a cause of disease is discarded, is there a more ordinary justification for manipulating the spine for the treatment of pain? Clearly, given the growth in business, chiropractors and their patients believe so. Chiropractic therapy is consistently recommended for many problems including lower back pain, neck pain and tension headaches.

The adverse opinions about chiropractors is partially based upon the fear that the practice is dangerous. In fact, adjustment of the neck, if done improperly, might be genuinely dangerous. There are numerous class actions law suits that have been brought against chiropractors and the chiropractic professional organizations for this reason specifically. However, nothing tangible has come out of these law suits and very little proof has been provided in court of a direct correlation to chiropractic treatment.

A New York City chiropractor and author of the book "3 Weeks To A Better Back", Todd Sinett, stated the following, "I'm not saying that cervical adjustment is not without risks, but if you are comparing the risks to those of negative drug interactions, such as allergies, and the risks of surgery, chiropractic is safer." He further pointed to a 1996 Rand Corporation study that found the risk of adverse effects from spinal manipulation to be less than one per million treatments. A 2001 study published by the Canadian Medical Association Journal found that the risk of increased stroke, which is touted as a large concern, happens in one per 5.85 million chiropractic treatments.

Despite the stats and studies, in 2014 the American Heart Association released a statement warning consumers away from chiropractors and osteopathic doctors, stating that there may be a link to an increased risk of stroke. The irony is that the same physicians that are blacklisting chiropractic medicine as a treatment are suggesting NSAID pain relievers to their patients, which have a proven 37% chance increase of stroke in patients.

There is another issue that many take with chiropractors. This issue arising through their marketing practices, which are at times quite questionable. Chiropractic often involves many expensive but quick treatments, and marketing and sales tactics that many people consider to be aggressive and distasteful, if not downright unethical, especially pre-paid treatment packages. The best example of aggressive marketing that leads to a huge controversy is when chiropractors recommend regular treatments for children and even babies.

Furthermore, a 2016 US Federal audit concluded that more than 80% of Medicare payments to chiropractors were for medically unnecessary procedures and 100% of treatments were unnecessary after the first 30 days of therapy.

In the end, there has been no conclusive scientific evidence that chiropractors cause harm to their patients; however, there has not been any scientific proof that the treatments truly fix any of the issues they claim to. Enter at your own risk, but if you see a chiropractor and you feel better at the end of the day, isn't that what counts?